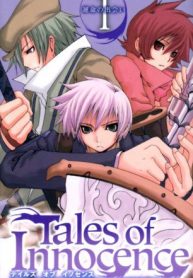 For a long time now, the Capital Kingdom of Regunum has kept its dominance over the land during the raging wars, and kept the world at peace.
There are, however, the recent appearances of humans who held within them great mystical power, the “inousha” (literally translated as “a person with a gift/talent”).
The people started fearing these inoushas, and began to detest them. Because of this, the capital of Regunum carry out a movemen
to seize and capture all inoushas within the land to keep the people at bay. At this time, Ruca,
the son of a merchant living in Renugum, discovers that he also holds the same mystical power.